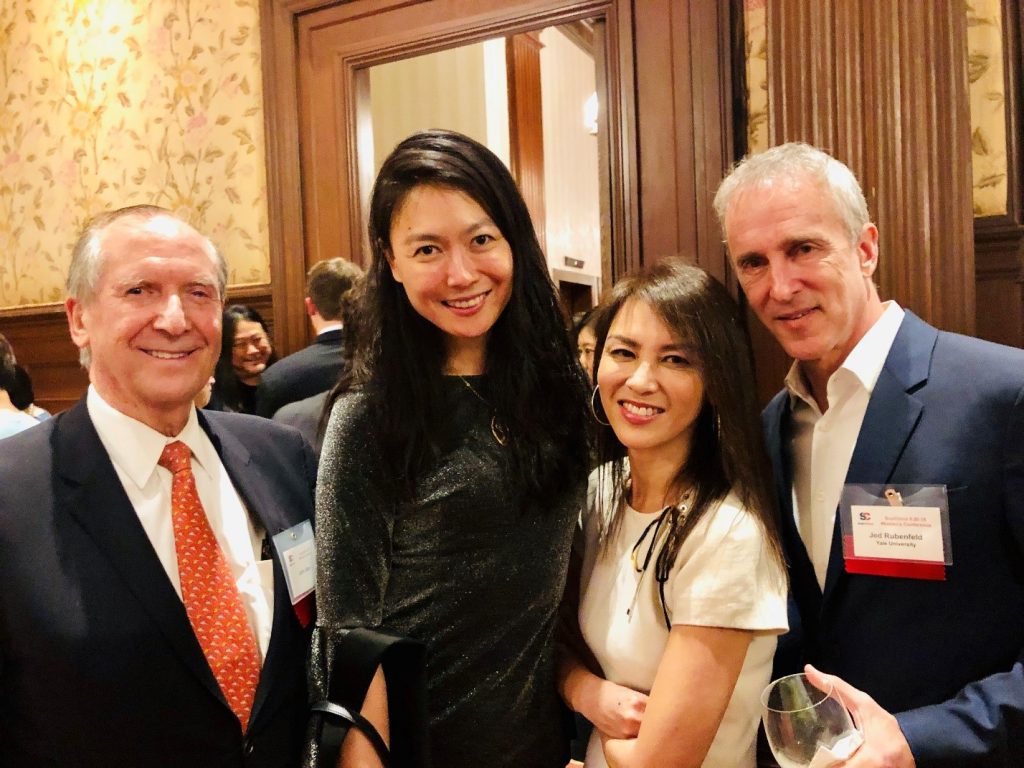 May 22, 2019 — The Global CSR Foundation (GCSRF), was represented by its COO, Sha Zhu, and Board member, John W. Allen, at the Third Annual SupChina Women’s Conference in New York City.   The focus was on how the rising influence of women in all fields is dramatically changing the perception of women in leadership positions.

SupChina CEO, Anla Cheng, welcomed the more than 400 guests and speakers. She was proud to announce that after only three years, SupChina Women’s Conference has become one of the most influential women’s conferences in the United States and worldwide.  The speakers provided many confidence-building examples of how capable women can quickly rise to leadership positions through hard work, outstanding performance and a positive “never give up” attitude.

Keynote speakers included Arianna Huffington, the influential former CEO of the Huffington Post, and Maya Lin, the world-renowned architect and environmentalist, who, while still a student at Yale, designed the Vietnam memorial in Washington, D.C.

The ensuing panel discussions were led by accomplished women from diverse professions, including: technology/innovation, finance/business and consumer/retail/auto.   There was also a “fireside chat” on gender diversity, and a live Sinica podcast interview with former United States Trade Representative Charlene Barshefsky who helped negotiate China’s entry into the World Trade Organization (WTO).

The gala dinner speaker was the renowned “Tiger Mom” author Amy Chua who gave a lively account of her improbable path from rural Illinois to Harvard and Harvard Law School,  and now as a Professor at Yale Law School and a famous author.  She was delighted to announce that one of her daughters was just admitted to Harvard Law School.

John Allen, a long-time supporter of women’s equality and empowering female leaders, made a reference to the historical speech that former World Bank President, Sir James D. Wolfensohn make at the first Women’s Conference in Beijing more 20 years ago. Wolfensohn remarked that “the 21st century is the century of women leaders. Without this, the world will not survive. Women educate a family, a community and a nation.” Sha Zhu commented that one of the core missions of the Global CSR Foundation is to help Wolfensohn’s prophesy come true by providing programs that empower women to become global leaders. This was her message at the UN Women’s Conference in March 2019 and at other events at the UN and elsewhere later this year. The SupChina Third Annual Women’s Conference was a huge success.  It was an inspiration for all who attended and the Global CSR Foundation was very honored to have participated.