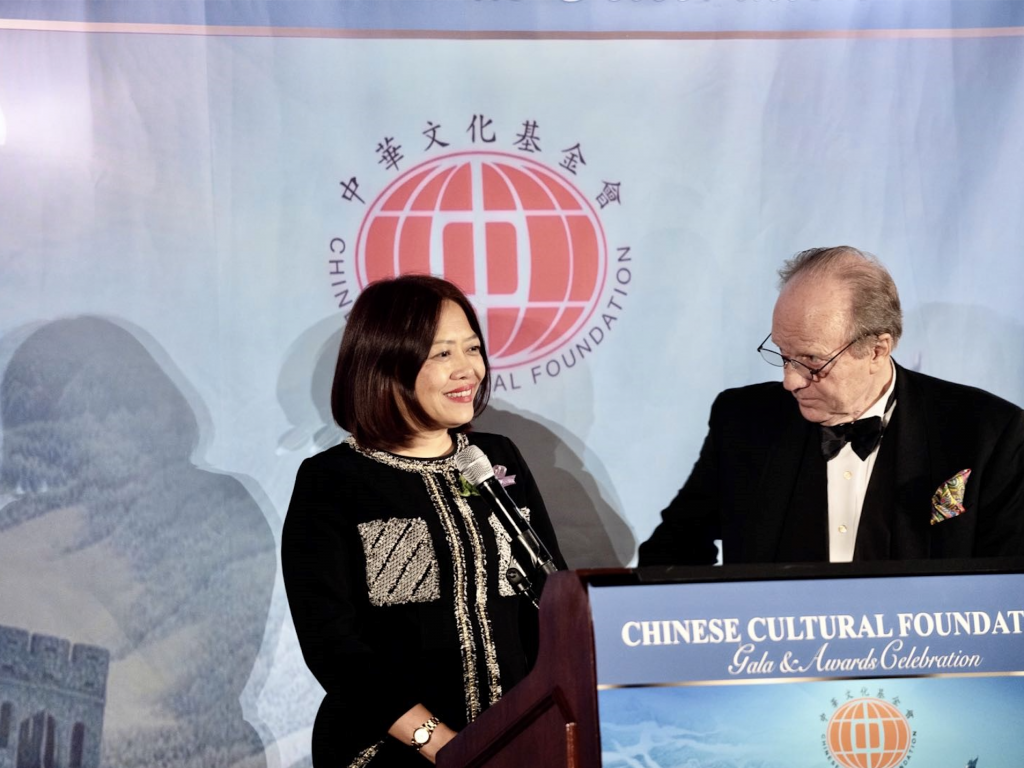 Ambassador Huang Ping, Consul General of the People’s Republic of China in New York, said that looking back on the past century, China and the United States each came a long way in addressing poverty, social inequality, environmental pollution and discrimination in their respective countries. At the same time, we often work together to help maintain world peace, prosperity and human dignity. At present, in a challenging period of Sino-US relations, people-to-people exchanges have become more important. Therefore, activities aiming to promote the understanding between the two peoples should be highly encouraged.

When delivering her award speech, Ms. Zhao was moved to recall that she came to the United States as an international student 20 years ago and set up her first company, ChinaWise, in 2001. That year was also China’s accession to the WTO and the year 911 happened. Those two events deeply touched her, she immediately made up her mind to make it her life mission to bridge Sino-US business and cultural exchanges. She fulfills that vision by managing hundreds of cross-border projects, bringing American companies to China, and taking Chinese companies to the United States, letting the world hear genuine China stories. Jing serves as both practitioner and witness to the virtuous development of Sino-US bilateral relations. GCSRF was established in 2018 to empower private sector companies to assist the achievement of the United Nations Sustainable Development Goals (SDGs).

Over the years, Jing consistently participates and supports Chinese Cultural Foundation’s activities. GCSRF is committed to help globalizing Chinese companies and Chinese cities design and implement pragmatic, effective and measurable corporate social responsibility projects. GCSRF’s flagship event, Global Corporate Social Responsibility Summit and Awards Dinner, was just held at the United Nations in October. Looking ahead, various training programs are shaping up and a think tanks will be set up, to share best practices, leverage global resources, and attract CSR experts to the Foundation’s talent pool. Jing thanked the organizer and the review committee for recognizing and awarding her dedication to CSR promotion and SDG implementation. She sees it as positive encouragement to make greater contributions with her team and partners in the coming year.