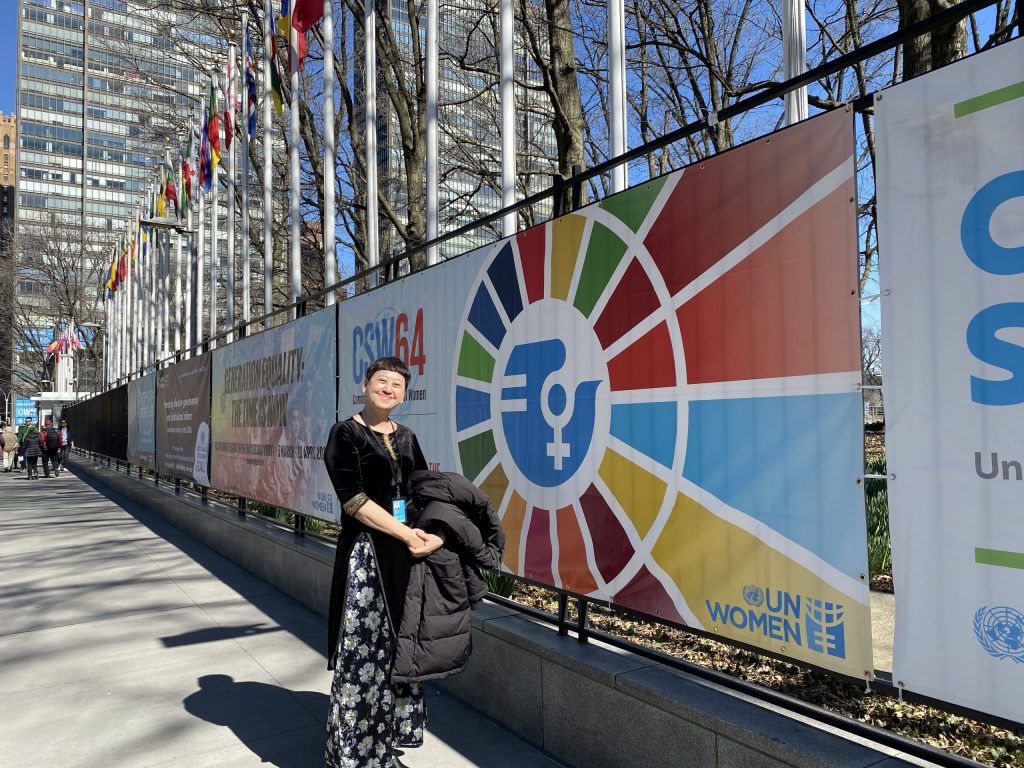 On March 9th, 2020, the 64th session of the United Nations Commission on the Status of Women (CSW64) was held at the UN Headquarters in New York, New York, where the UN Secretary-General, António GUTERRES, gave opening remarks. LAW Yee Ping, the Executive Director of Global CSR Foundation (GCSRF) in Greater China, attended the meeting on behalf of the GCSRF. Law was also invited to attend the UN Observance of International Women’s Day organized by UN Women on March 6th.

This year is the 25th anniversary of the adoption of the Beijing Declaration and Platform for Action. It is also the five-year milestone for achieving the 2030 Agenda for Sustainable Development. For this reason, 2020 is a pivotal year for the accelerated realization of gender equality and the empowerment of all women and girls, everywhere.

This session was focused on the review and appraisal of the implementation of the Beijing Declaration and Platform for Action, as well as the outcome of the 23rd Special Session of the General Assembly. The appraisal includes the components of the implementation of the Beijing Declaration, the achievement of gender equality and the empowerment of women, as well as women’s contribution to the 2030 Agenda for Sustainable Development.

Law arrived at the UN Headquarters on March 5th. She was one of the few participants who came from China due to travel restrictions resulting from the COVID-19 outbreak.

The UN Secretary-General also delivered remarks to the UN Observance of International Women’s Day, stating that,“Gender equality is fundamentally a question of power. We still live in a male-dominated world with a male-dominated culture and have done so for millennia. Centuries of discrimination, deep-rooted patriarchy and misogyny have created a yawning gender power gap in our economies, our political systems and our corporations. This simply has to change. “