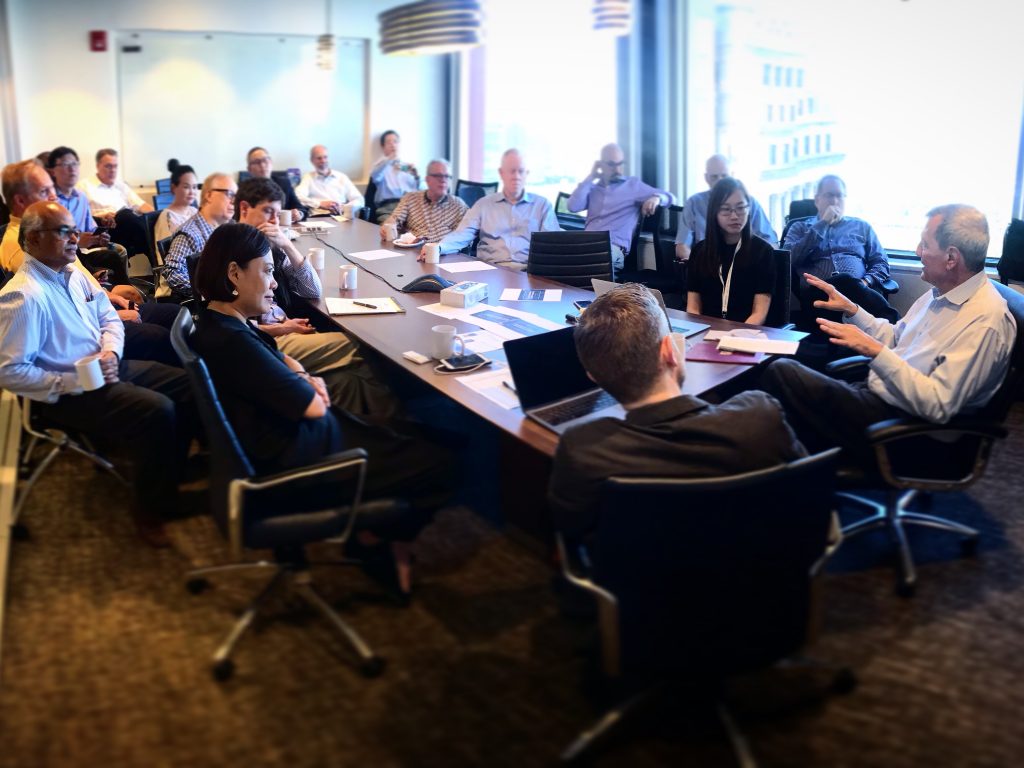 July 15, 2019 — US-CHINA Discussion on Post G20 was held by International Executive Resources Group (IERG), ChinaWise Consulting and Global CSR Foundation at the Chicago Office of ChinaWise. The timely discussion focuses on the historical background, rising influences as well as short-term and long-term expectations of US-China relations after the G20 Summit in Japan at the end of June 2019.

Jing Zhao Cesarone, the Executive Director of Global CSR Foundation and the CEO of ChinaWise, welcomed the guests and speakers. She was heartened by the fact that many entrepreneurs and corporate executives are keen to know the real stories and multi-folded dynamics between US and China, beyond economic interests.

Keynote speakers include Stephen Markscheid, the president of IFEA and independent, non-executive director of several multinational corporations, and Jake Werner, a historian of modern China and Collegiate Assistant Professor from the University of Chicago.

Stephen Markscheid shared his 20-year working and living experiences in Asia. The rapid economic growth and the changing environment after China joined the WTO in 2001 brought both benefits and problems to China. China has been benefited from getting access to international markets, but it did undermine the political system.

Jake Werner raised the criteria “whether people feel they’re involved in the economy” to inspire guests to think critically about current social issues in US and China. He mentioned the gap between the nature of economic growth and public’s feeling of getting involved would drive the restructuring of leadership and, relatedly, international relations.

After keynote speeches, guests raised questions to experts and shared opinions based on their respective experiences and areas of expertise. The event successfully contributed a fair voice in the recent US-China debate,  Global CSR Foundation was delighted to help make it happen.