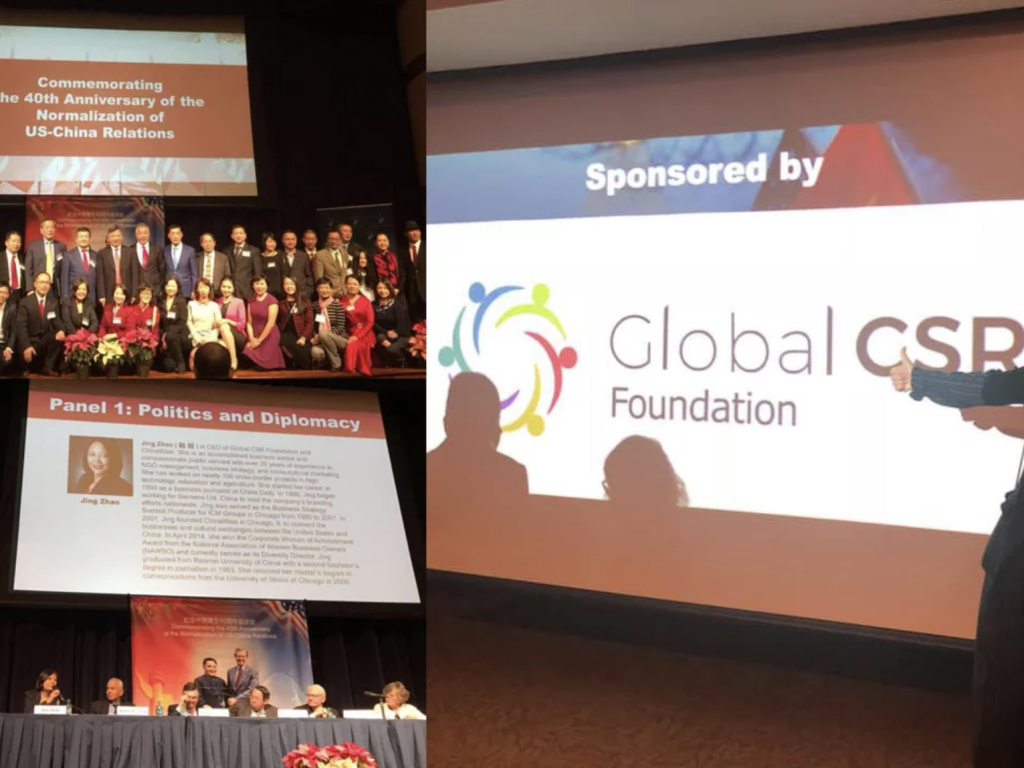 ATLANTA – Dec. 15th 2018, Jing Zhao Cesarone, on behalf of The Global CSR Foundation, spoke at the Carter Center in Atlanta this Saturday, December 15th 2018 in commemoration of the 40th anniversary of the opening of China-US relations.

On December 15, 1978, the American and Chinese government issued the joint communique, declaring that the two countries will establish full diplomatic relationship on January 1, 1979. This agreement signaled the dawn of a new era. In the past 40 years, this relationship has changed the US, China and the world.

To commemorate this important occasion, the Renmin University of China (“RUC”) North America Alumni Association and the China Program of the Carter Center co-organized a special event on December 15, 2018 – the exact 40th anniversary of the Joint Communique – to discuss the challenges and opportunities faced by the two countries as well as their global implications. Jing currently serves on the board of the RUC North America Alumni Association.

Jing stressed during the panel that, “By forming private-public partnerships we can accomplish public sector goals at a private sector pace,” further emphasizing that, “The Global CSR Foundation is a Private-Public Partnership, leveraging private-sector capital, strategy, and timeframes against public-sector goals for social impact.”

She further discussed the virtue of taking the personal initiative for social impact, defining herself as a civic diplomat. Stating that, “Civic Diplomacy is when individuals personally foster mutual trust and productive relationships on behalf of their nation,” and that “like civic diplomats, the Global CSR Foundation takes the initiative to keep the world interconnected despite a rising fractured tide”.