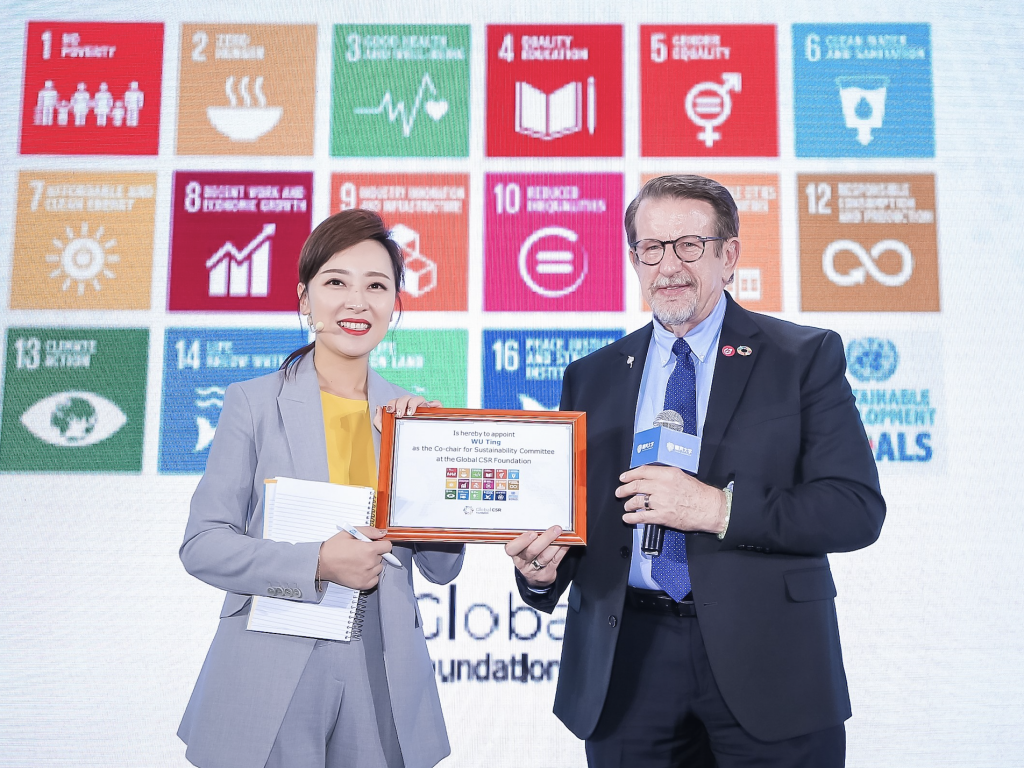 October 15th, 2019, the Permanent Mission of the African Union to the United Nations, New York, hosted a high-level conference with royalties, diplomats, corporate leaders, and scholars to observe and assess the state of Global Corporate Social Responsibility (CSR) as it coincides with Sustainable Development Goals (SDGs). Ms. Wu Ting, the Founder of Jiabin University, attended the Summit and made a speech on Corporate Social Responsibility during her panel discussion.

Wu called on conference attendees to read and sign the Commitment Letter to Agenda 2030 launched by the Global CSR Foundation, and to recognize the global challenges to sustainable development identified by the Agenda. Mr. Knotts emphasized the role of business in overcoming these challenges and in realizing these opportunities. He hopes corporations and entrepreneurs can undertake and fulfill these commitments with dedication and integrity.

Wu shared her thoughts and experiences on Corporate Social Responsibility after the appointment. Wu began her career as an investigative journalist, focusing on the livelihood and social welfare of marginalized people, including issues such as medical disputes, land transfer, animal protection, and discovering lost relatives.

Wu Ting spent 700 days producing the documentary The Swarm Life of Black Bee filming the relationships among animals, humans, and nature. Wu also made a documentary called Tree Knows Everything, which showcases the growth of left-behind children in Chinese rural areas. Both of these films won various professional awards.

Wu said, “The most important and valuable thing for me is that I have spent one decade understanding the people and nature of this world, feeling their honor, disgrace, sorrow and joy. Also, it is my career that has cultivated my responsibility on human beings and society.”

Wu is very honored to be an advocate in combining social responsibility and innovative business. She hopes Jiabin’s alumni can become an engine for value and wealth, exploring the path of CSR. “A journey of one thousand miles cannot be completed without small steps. Rivers cannot be formed without small streams.” Wu believes that under the leadership and participation of social engines, businesses will achieve strong and lasting results for global sustainable development.